The William Donald Schaefer Award honors the legacy of former Governor, Comptroller, and Mayor William Donald Schaefer, and celebrates the contributions of the honoree to effective government and lifelong commitment and service to the well-being of the citizens of Maryland. The award is designed to honor lifetime achievement. 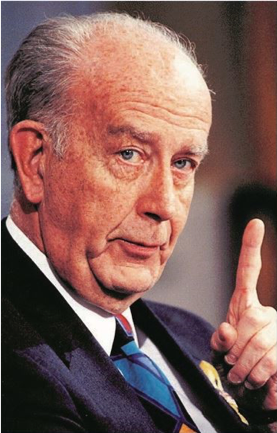 Until May of 2019, Mr. Smith served on the Executive Team of Mayor Catherine Pugh in Baltimore City as her Chief of Strategic Alliances, responsible for coordinating federal, state, municipal, non-profit and Foundation interactions with the City, and overseeing eight Baltimore City departments and agencies.

Prior to his City appointment, Mr. Smith served as the Maryland Transportation (MDOT) Secretary beginning in May of 2013, and was responsible for the State’s highways, transit and rail networks, Motor Vehicle Administration; Baltimore/Washington International Thurgood Marshall Airport; the Port of Baltimore; and served as Chair of the Maryland Transportation Authority, the agency that owns and operates the State’s eight toll facilities

Prior to serving as State Transportation Secretary, Mr. Smith was “Of Counsel” at the law firm of Smith, Gildea & Schmidt, where he returned in January, 2015 until his appointment with Pugh administration in Baltimore

Mr. Smith has received numerous awards and recognition including:

Mr. Smith currently serves on the UM St. Joseph Medical Center Board of Trustees, The Advisory Board of Towson University, The University of Baltimore Schaefer Center for Public Policy Board (Chair) and the Boards of the Baltimore Symphony Orchestra, Cavanagh House, Parity Baltimore, Rebuilt Parish at Church of the Nativity, and as a mentor for Innovation Works in Baltimore. 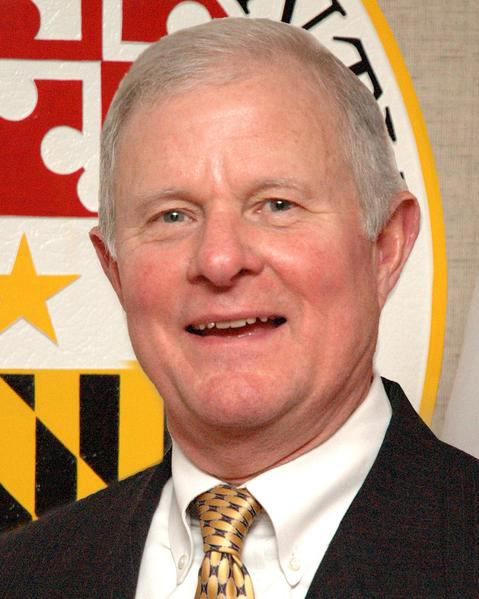 Sister Helen and the leadership team of Mercy Health Services are responsible for the development and implementation of numerous programs at Mercy, including the creation of The Center for Women’s health & Medicine and its flagship programs in gynecologic oncology and breast cancer diagnosis and treatment; “The Woman’s Doctor” program on WBAL-TV; and Mercy’s network of specialty and primary care physicians. Sister Helen is dedicated to improving the quality of life of women and the community as a whole. Mercy provides millions of dollars in uncompensated care and community benefits and is a founding partner of Health Care for the Homeless.

She has more than 35 years’ experience in the fields of education and health care administration. After working as a teacher in Georgia, Sister Helen arrived in Baltimore to take a position as Registrar for Mount Saint Agnes College where she had earned her Bachelor of Arts degree in Mathematics in 1962. Sister would later take on administrator duties with the Sisters of Mercy of the Union and the Archdiocese of Baltimore. Before coming to Mercy, Sister Helen served as President of the Sisters of Mercy of the Union in Silver Spring, Maryland from 1984 to 1991.

Sister Helen also serves on the board and is President of Mercy Ridge, a continuing care retirement community in Timonium, Maryland. She is currently a board member of Mercy Health Ministry, St. Louis, Missouri; the Downtown Partnership (past chair) and the Downtown Management District Authority of Baltimore City; Cristo Rey Jesuit High School; Mercy High School; and the Board of Financial Administration of the Archdiocese of Baltimore.

She is a former member of the Board of Trustees of St. Joseph’s/Candler Health System in Savannah, Georgia; Board of Directors for the Greater Baltimore Committee and the United Way of Central Maryland. She is the immediate past chair of the Leadership Advisory Group for Baltimore City’s 10 Year Plan to End Homelessness.

Sister Helen earned her Master of Science degree in Mathematics from the University of Notre Dame and received Honorary Doctor of Humane Letters degrees from College Misericordia in Dallas, Pennsylvania, and from Notre Dame of Maryland University. 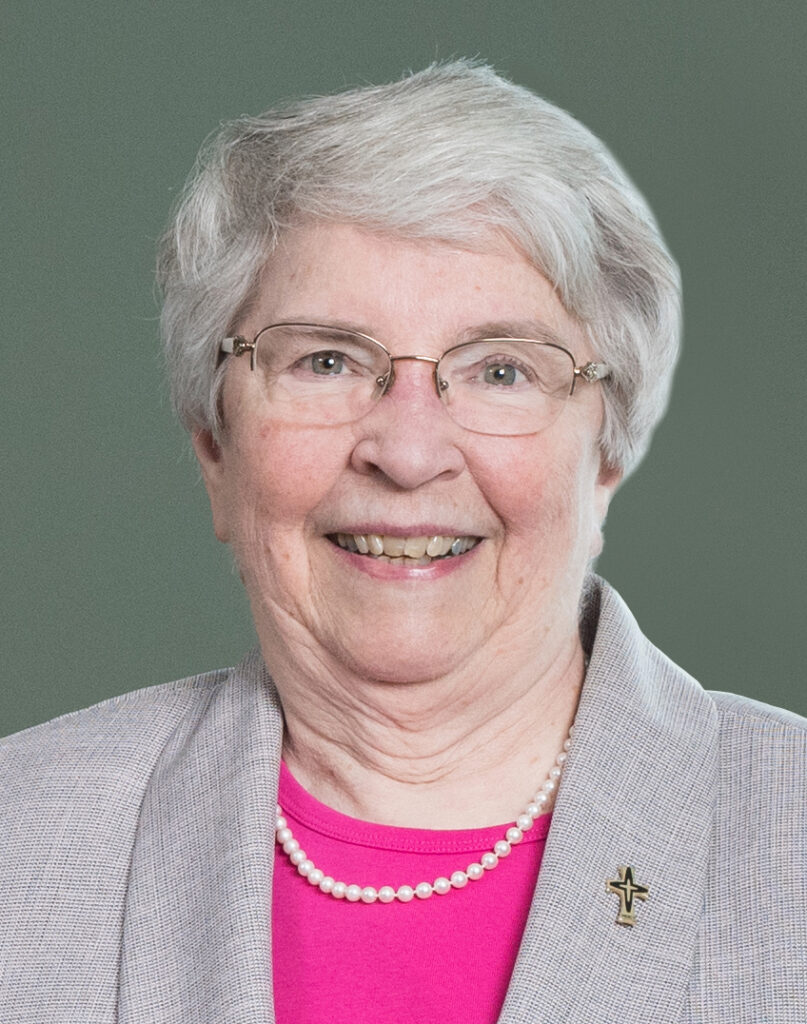 Senator Paul S. Sarbanes was the longest-serving Senator in Maryland history when he retired after five full terms in 2007. He was, at various times, Chairman of the Committee on Banking Housing and Urban Affairs and of the Joint Economic Committee and a senior member of the Foreign Relations Committee. When President George W. Bush signed the 2002 Sarbanes-Oxley Act, reforming the regulation of financial reporting for United States public companies, he referred to it as “the most far-reaching reform of American business practices since the time of Franklin Delano Roosevelt.” In recognition of his work on the Sarbanes-Oxley Act, Senator Sarbanes received the prestigious Paul H. Douglas Ethics in Government Award from the University of Illinois in 2003.

Prior to his election to the U.S. Senate, Paul Sarbanes served three terms in the U.S. House of Representatives. Paul Sarbanes also served in the Maryland House of Delegates representing Baltimore City.

Born and raised in Salisbury, Maryland, Paul Sarbanes is a graduate of Princeton and Harvard Law School and was a Rhodes Scholar at Oxford University. 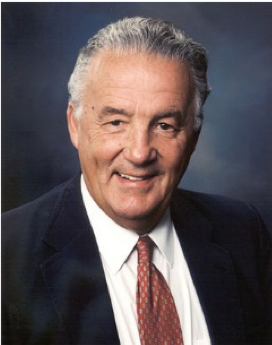 Commissioner Colvin has described her leadership style as putting people first. In an interview with The Washington Post, she noted, “Former Maryland Governor William Donald Schaefer gave me the best advice, and that was to put people first and to demonstrate to people that you care about them. He always talked about the importance of being a compassionate leader and the need to serve your people well and to serve the public. That helped generate my leadership style.” 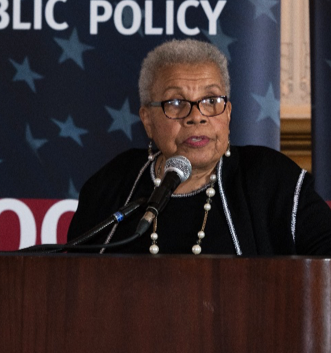 Dr. Nancy S. Grasmick, PhD, served as Maryland’s first female state superintendent of schools. She was the longest serving appointed superintendent in U.S. history, holding the position for 20 years, from 1991 to 2011. During her tenure, she instituted an explicit pre-K-12 curriculum, developed statewide assessments, and was known for holding school systems accountable. Under her leadership, the state of Maryland received one of the federal government’s coveted Race to the Top education grants in 2010, worth up to $250 million to continue building upon a solid record of school reform. Maryland schools were ranked number one in the 2009, 2010, and 2011 Quality Counts report as the country’s most consistently high performing state, and were consistently ranked number one by Education Week.

Additionally, Maryland was also the top ranked state for advanced placement performance for three years in a row under Dr. Grasmick’s leadership. She began her career as a classroom teacher at the William S. Baer School for the Deaf in Baltimore City. She went on to serve as a teacher, principal, supervisor, assistant superintendent, and associate superintendent in Baltimore County Public Schools. Dr. Grasmick received her doctorate from The Johns Hopkins University, her master’s degree from Gallaudet University, and her bachelor’s degree from Towson University. 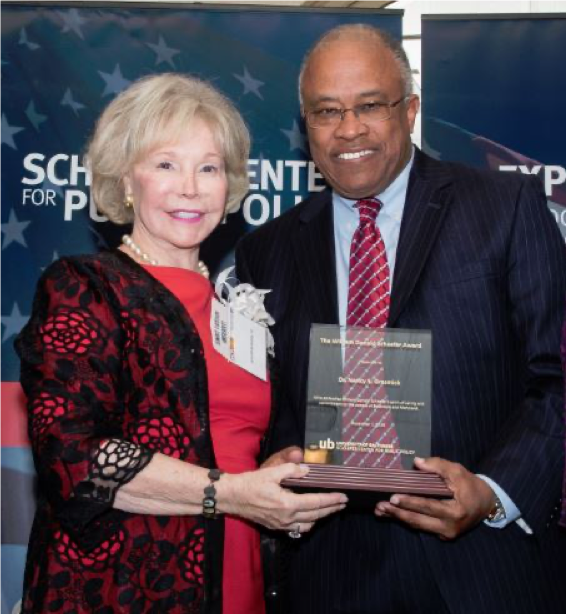 Congressman Elijah E. Cummings has represented Maryland’s 7th Congressional District in the U.S. House of Representatives since 1996. He previously served for 14 years in the Maryland House of Delegates and became the first African American in Maryland history to be named Speaker Pro Tem. Congressman Cummings currently serves as the Ranking Member of the Committee on Oversight and Government Reform. He is also a senior member of the House Committee on Transportation and Infrastructure, serving on both the Subcommittee on Coast Guard and Maritime Transportation and the Subcommittee on Railroads, Pipelines, and Hazardous Materials. He is committed to ensuring that our next generation has access to quality healthcare and education, clean air and water, and a strong economy defined by fiscal responsibility. 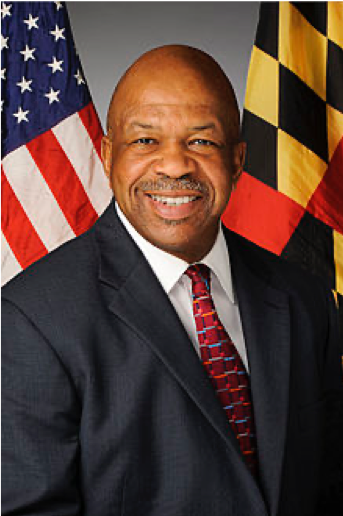