The University of Baltimore College of Public Affairs Rosencrantz Local Government Fellowship places the College’s best and brightest students into paid fellowship positions in Maryland counties and municipalities.   The students may or may not take the experience for credit if approved as an internship by the College program.   During fall, spring, or summer semesters, a student will be approved to work 10-15 hours in a balance with coursework. Fellows will provide assistance with special projects or other daily work of the organization that may be consistent with the goals and abilities of the student. Specific responsibilities will be dependent on the partner local government organizations’ needs. These can include special events, social media, organizations/administrative work, research and community outreach. Fellows will supplement their coursework with real world experience and achieve a greater understanding of the needs of Maryland local governments.

The description of the specific position will vary from office to office.  This job description and duties will be negotiated with the site sponsor and advertised in a call for student applicants.   For example, students may be placed in an office of a County Executive, County Administrator, Mayor, Councilmember, or one of the many departments in a local government. The applicant pool will predominantly come from one of the College’s three Schools of Public and International Affairs, Criminal Justice, or Health and Human services and represent one of 14 different undergraduate and graduate programs.

New Opportunities for the Fall 2022 semester will be posted over the summer. 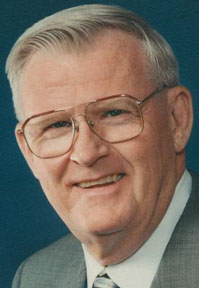 Born in Frederick, he was raised on his family’s 300-acre Urbana farm, a portion of which he retained as a weekend sanctuary and place to store his collection of antique farm implements. After a stint in the Army, he earned a degree in business education from the University of Maryland, College Park, and master’s degree from Loyola College.
He briefly taught in Frederick County’s public school system before being appointed clerk to his county’s Board of Commissioners in 1962. Five years later, he became Anne Arundel County’s budget analyst and then was named its director of central services in July 1968. News stories lauded the $75,000 he saved by consolidating volunteer fire department insurance premiums.

“He was always a true Franklin D. Roosevelt Democrat and took the president’s ideals to heart,” said John T. Willis, a friend and former Maryland secretary of state. “Randy embodied what it means to be a citizen. He was informed, active and cared about others. And he accomplished this in an unassuming, country style.”

Mr. Rosencrantz was nominated by [Baltimore County Executive Ted] Venetoulis as county administrative officer – boss of its 6,500 employees – and won unanimous approval from the County Council on Nov. 17, 1975.

“I shopped around to find someone who understood the region,” Mr. Venetoulis recalled yesterday. “He was competent and a dedicated public servant. And he worked hard, long days.”

“As administrative officer, Randolph Rosencrantz virtually ran the Baltimore County government for nearly a year while his boss, Ted Venetoulis, ran for governor. He did it with thorough professionalism, a gentle persuasiveness and an amazing ability to keep himself disassociated from Venetoulis politics,” a 1979 Evening Sun editorial said.

Norman W. Lauenstein, a four-term former council member from Essex, said Mr. Rosencrantz was “a fresh face” when he joined the county government. “When he came before the County Council he was like a breath of fresh air. He was always open to new suggestions. He was outgoing, a fun guy to be around,” he said.

He left Towson in 1981 to become assistant and interim city manager in Miami for five years, a period during which he appointed [the City’s first] African-American police chief. Returning to the Baltimore area, he owned and operated ARLCO, a remanufacturer and distributor of auto starters and alternators, from 1986 until selling the Arbutus business in 1994.

In 1999, he was named to a nine-member task force by [newly-elected Governor Parris] Glendening, charged with making a thorough examination of the state Injured Workers Insurance Fund. [Governor Glendening later appointed him to the MD State Board of Contract Appeals, where he ended his public service as Chairman.]Mr. Rosencrantz described himself as a “progressive Democrat” and belonged to the city’s New Democratic Club 2. He frequently drove his white 1962 Lincoln Continental convertible to the Waverly Farmers’ Market, and registered voters and distributed campaign literature.

“He was fun to electioneer with. He had some old-time gimmicks. He’d open that convertible and have John Philip Sousa music playing as he went through the streets and alleys,” said Baltimore Circuit Judge Edward R.K. Hargadon, also of Charles Village.” 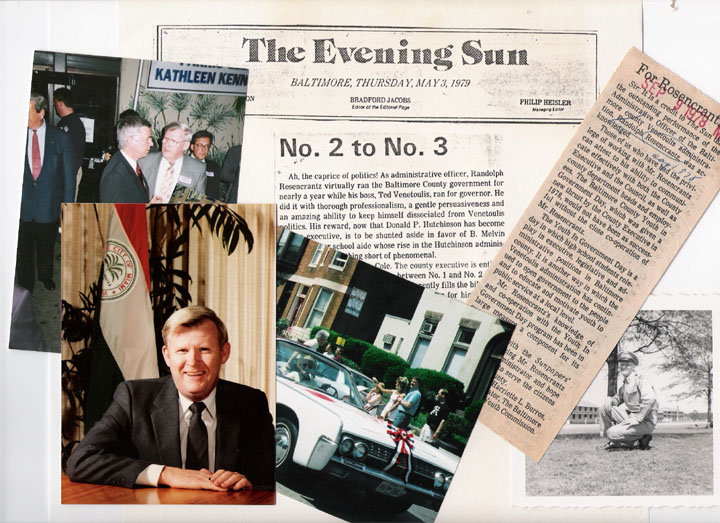